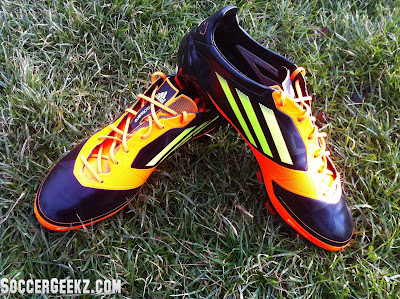 miCoach Speed_Cell
Thanks to Kevin Fitzgibbon from WeGotSoccer.com for making the miCoach Speed_Cell review possible. I tested the PC/Mac version and didn't experience issues when it came to the setup process. I found the Speed_Cell useful since you can choose a training plan and set up your own personal training schedule. The miCoach Speed_Cell captures movement including average speed, maximum speed, number of sprints, distance, steps and strides. Not much is known about the miCoach football video game other than adidas is planning to release it later this year and that you would use your statistics to boost your avatar in the game. 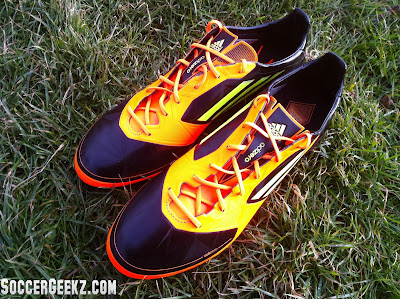 Performance
The adidas adiZero miCoach performed very well in both dry and wet conditions. I experienced minimal slipping on wet pitches making the overall traction of the adiZero miCoach great. The synthetic upper repelled water pretty well and provided a great ball feel. At 5.8 oz the adiZero miCoach offers a high level of comfort. After several wears there are no issues with either studs breaking or the upper separating from the soleplate. 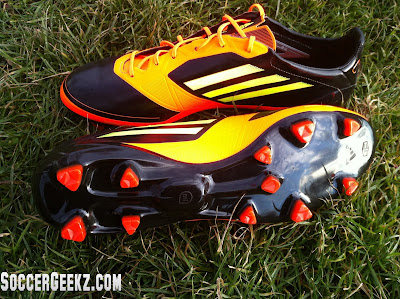 Fit/Comfort
I wore the Black/Electricity/Warning colorway in a size 10US for testing. For some the adiZero fits half a size bigger, but I found them to fit true to size. I used the comfort insoles during the first few sessions and experienced no discomfort. The collar on the adiZero miCoach has been improved for a better fit and comfort. Overall the adiZero miCoach is a great boot in when it comes to performance and comfort. 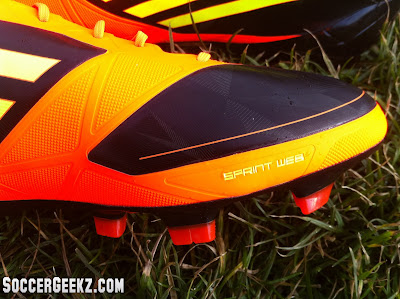 Design
Not many were particularly fond of the lead colourway, which became know as the McDonald's colorway and the secondary colorway is still bright but it's a little easier on the eyes. The colors adidas chose may not be the best but the design brings a refreshing futuristic look to the new adiZero miCoach. 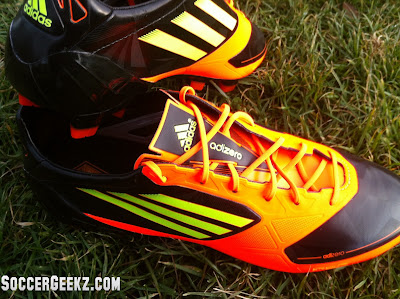 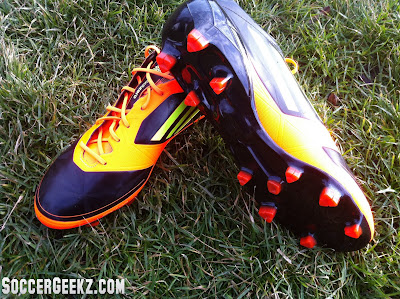 Protection/Traction
The adiZero miCoach lacks protection but that's what you would expect from such light boot. It certainly hurts when you get stepped on so I suggest double socking to add some additional protection. The traxion 2.0 stud configuration provides great traction when it comes to sprinting and making sharp turns. I haven't experienced any problems with the studs like I encountered with the last adiZero release.
Summary
At $199.99 the adiZero miCoach is light without sacrificing comfort or performance. The adiZero miCoach is comfortable and provides a snug fit for being a lightweight boot. Overall I found them to be a complete package.