July 28, 2011
It looks like Cristiano Ronaldo prefers the Superfly I sockliner in addition to his preferred mixed stud soleplate. The sockliner for his Superfly III Safaris should be black but as you can see below they contain the red sockliner from the first generation Superflys. I was only able to notice two differences between the two sockliners, first is the outline on the bottom of the red sockliner, second there is less padding on the red one (from what I saw/felt). 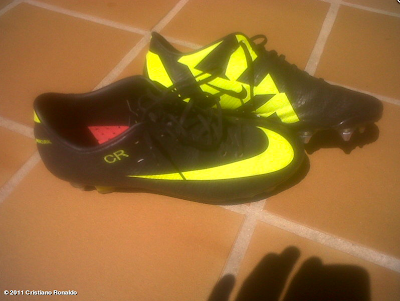