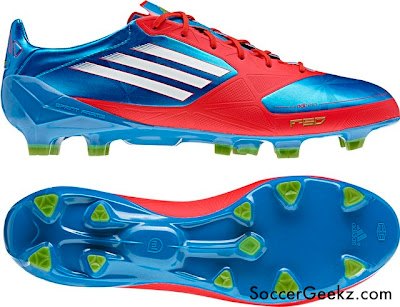 Adidas has finally released a new colourway for the adiZero miCoach. Lionel Messi is expected to sport this colourway. The miCoach Speed_Cell captures movement such as average speed, maximum speed, number of sprints, distance, steps and strides. The data can then be transferred to your iPod/iPhone or PC/Mac. 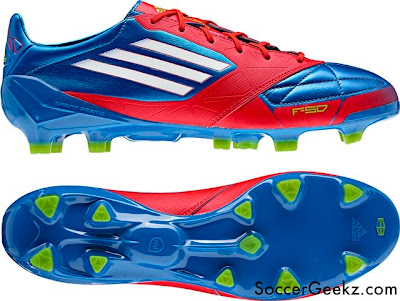 The adiZero miCoach features Sprintweb which provudes stability at high-speed movements. The lightweight Sprintskin is adidas exclusive single-layer synthetic material for a consistent snug fit. The SprintFrame offers stability due to the traxion 2.0 stud configuration for maximum acceleration, speed, and traction.